BBQ Event Raises Awareness for Violence Against Women and Families 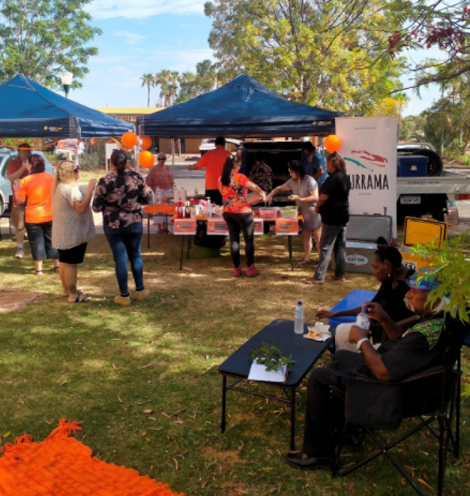 On the 7th of December AAC Hedland supported  the Department of Communities with bottles of our Yurrama water.  A number of our staff and Job Seekers attended the free BBQ that was held on the grassed area out the front of the Housing office on the CNR Brand & Tonkin Streets South Hedland. The event was part of the 16 days campaign of raising awareness for violence against women and families.

ABC Kimberley and Pilbara Radio station joined us for the event, coming all the way from Broome to present a live broadcast of the event. Michelle Kivits the Regional Manager for AAC Port Hedland was asked if she could be interviewed by Eddie Williams who is one of the regular ABC morning show presenters.

You can listen to Michelle’s interview with Eddie here, at around the 21 minute mark.