Aussie of the Month – Lucas Stone 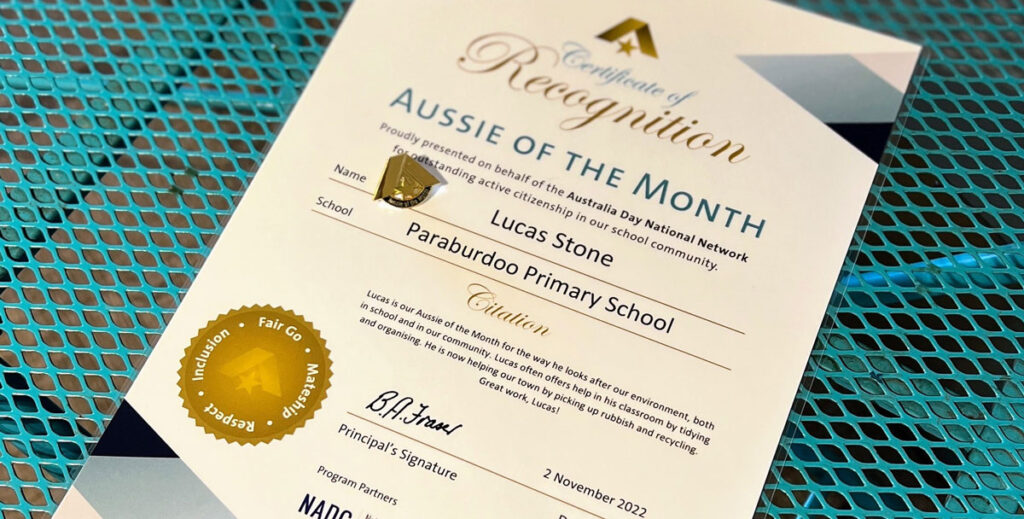 Every now and then we are inspired by a Trailblazer. Nowadays they seem to get younger and younger.

We’d like to introduce you to Lucas Stone. We first met Lucas in Paraburdoo, he attends regularly with his mum and brother Ben. He normally brings 2 bins and 4 bags of recycling to our Containers for Change Pop-Up on Thursday afternoons.

This month, Lucas has been awarded the prestigious honour of being Paraburdoo Primary School’s Aussie of the Month! 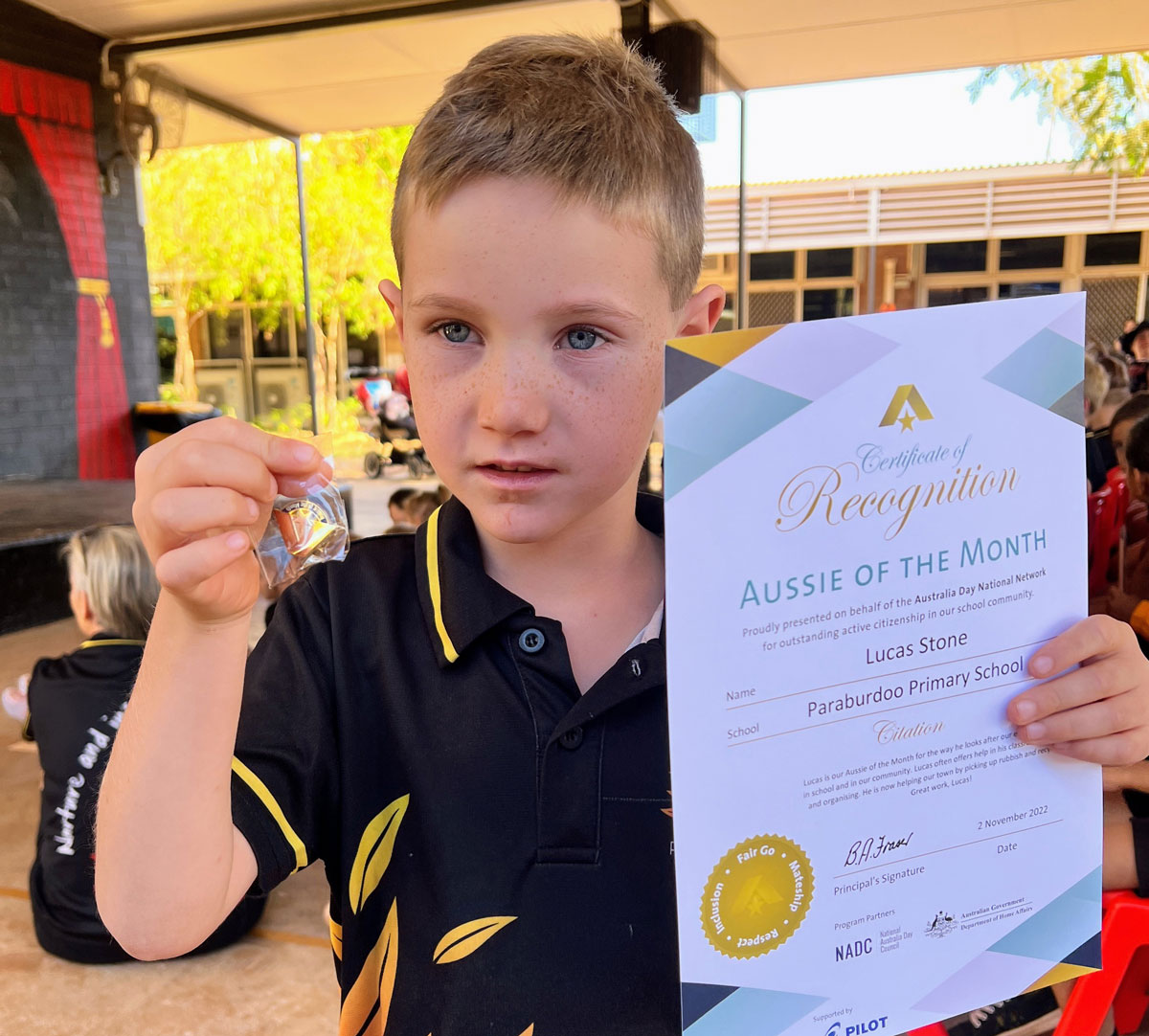 Aussie of the Month recognises and celebrates personal endeavour, achievement, contribution to the community and reflects the universal values we share as Australians, such as fair go, mateship, respect and inclusion.

Aussie of the Month has been operating for over 20 years and is endorsed by the Education Department in every State and Territory in Australia. It is a monthly student award in recognition of civic contribution, rewards behaviours that reflect our responsibilities as community citizens, and has the support of the Australian Curriculum, Assessment and Reporting Authority (ACARA) as a complementary program aligned to the Primary Years’ curriculum.

We are so proud of Lucas who won the award for the ‘way he looks after our environment, both in school and in our community. Lucas often offers help in his classroom by tidying and organising. He is now helping our town by picking up rubbish and recycling.

We’ve got one more Certificate of Merit to award to Lucas – A Trailblazer Award for doing his part to save containers from landfill. Well done for trying your hardest not to feed the fill and ensuring that 10c drink containers are given the second life they deserve.