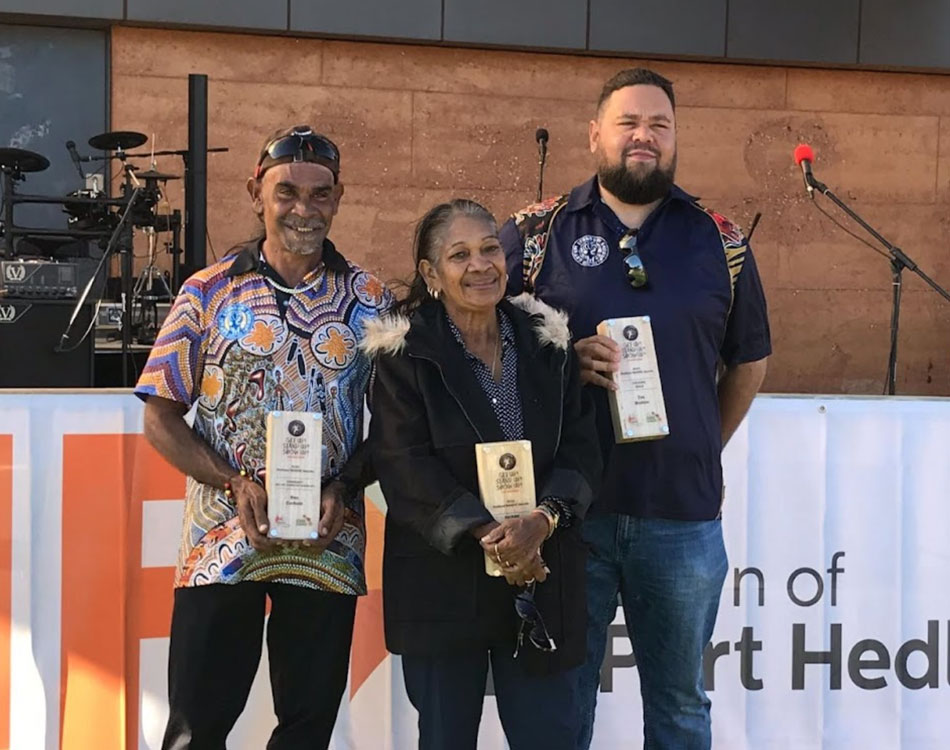 On Sunday 3rd of July AAC celebrated the 2022 NAIDOC Awards Ceremony. The ceremony was followed by a BBQ hosted by AAC volunteer staff.

WOW, what a fantastic NAIDOC week we had in Hedland and the involvement that our CDP had throughout the week, with celebrations and the 2022 NAIDOC Awards ceremony kicking things off on Sunday the 3rd of July.

During this event, we had 3 of our AAC Hedland Staff win and be acknowledged at this year’s NAIDOC Awards. Rex Hughes one of our AAC leading Hands, Nora Cooke our AAC Hedland Aboriginal Liaison Officer and Tim Brahim our Administration/All-rounder from our Harwell site in Wedgefield South Hedland.

It was a great afternoon of celebrations, traditional songs and dancing performed by local cultural groups. A number of AAC staff had volunteered to oversee a BBQ during the event, we serviced lots of families with everyone enjoying the event.