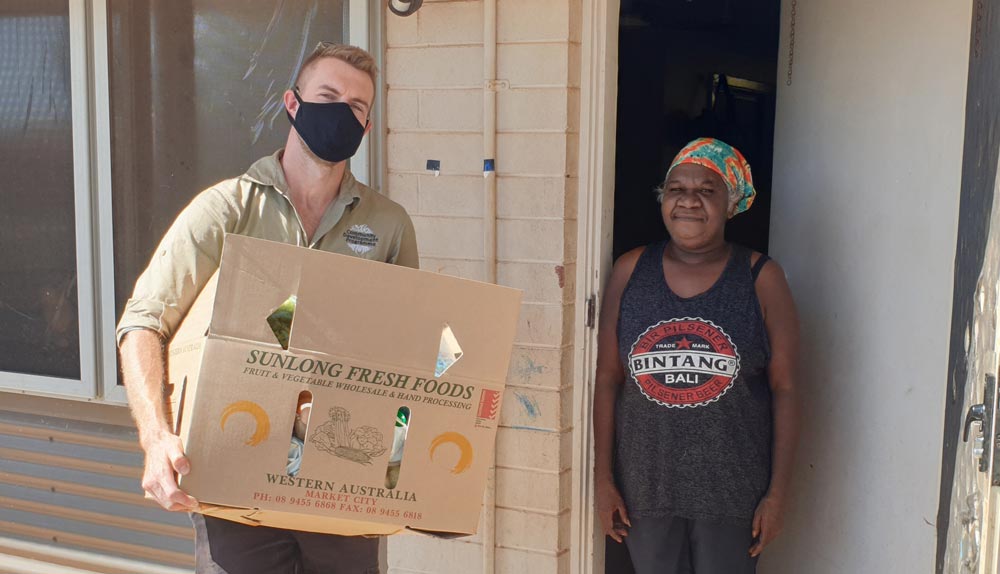 COVID has hit our region quite hard, but as a community, we were able to navigate this difficult period with a collective response from us partnering with a lot of other NFP organisations and businesses.

AAC opened up its Harwell site to be used as a drop-off point for one ton of emergency food relief for local families initially identified was 65 households with 309 individuals affected and were in lockdown in Hedland. We had two deliveries consisting of one ton of perishable and non-perishable food items. On the second delivery, we were able to assist 90 homes with a delivery of two large boxes been disturbed to over 200 people. 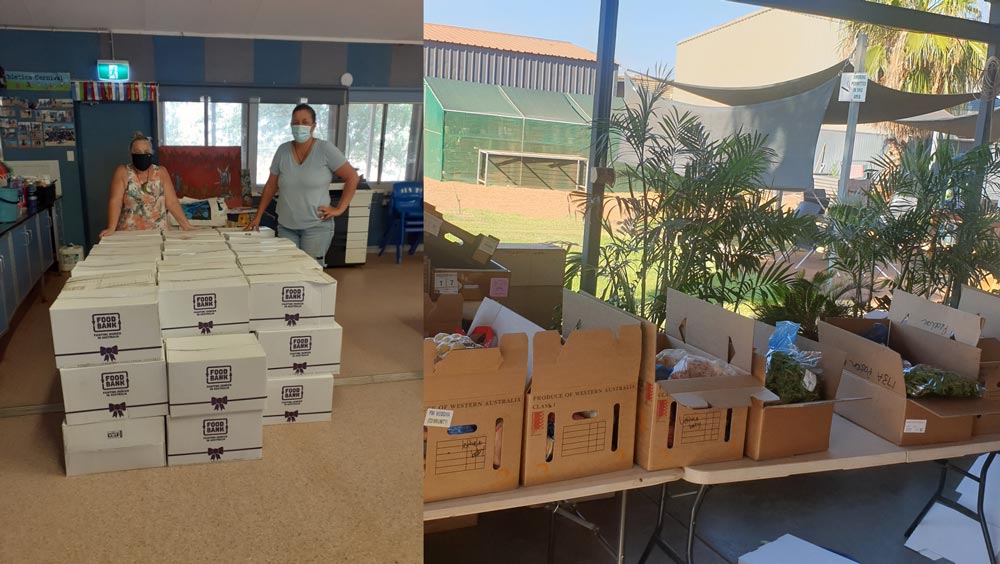 Thank you must go to Julyardi Corporation who coordinated the two mornings a big thank you to Maureen Kelly (MK) Tony Galloway, Raylene and Trina Stoddart. Also, a big shot out to all that volunteered from our local community, Nic Green-Kariyarra Aboriginal Corporation, YIC -Cooper and Kim, Hedland Police-Gordy and Dan, all of the Hedland emergency service departments plus the many more that assisted. Thank you to our AAC staff who delivered the goods to the individual households.

A little further afield a number of our outreach communities also became affected with outbreaks of COVID, in particular Warralong, Marble Bar and Goodabinya.

AAC quickly responded to another outbreak that happened in Goodablinya. AAC was able to donate over $500.00 worth of food supplies to six local families that were in isolation. The supplies were sourced at the local general store by AAC staff member Wendy Lyman, this food assisted families in the interim period of a 120 cartons of food items that were due to arrive the following day from the Department of Communities. Wendy and Jim distributed these emergence relief food packs. 60 went to Warralong, 30 to Nulligine and 30 for Marble Bar and Goodabinya. Joe Webb the principal for Warralong School ensured families in need received food packs for their households.

Roy Hill was also able to donate over 40 boxes of food and hygiene packs that AAC Marble Bar staff Wendy and Jim distributed to Warralong, Marble Bar and Goodabinya.